Conflict between Azerbaijan and Arstakh 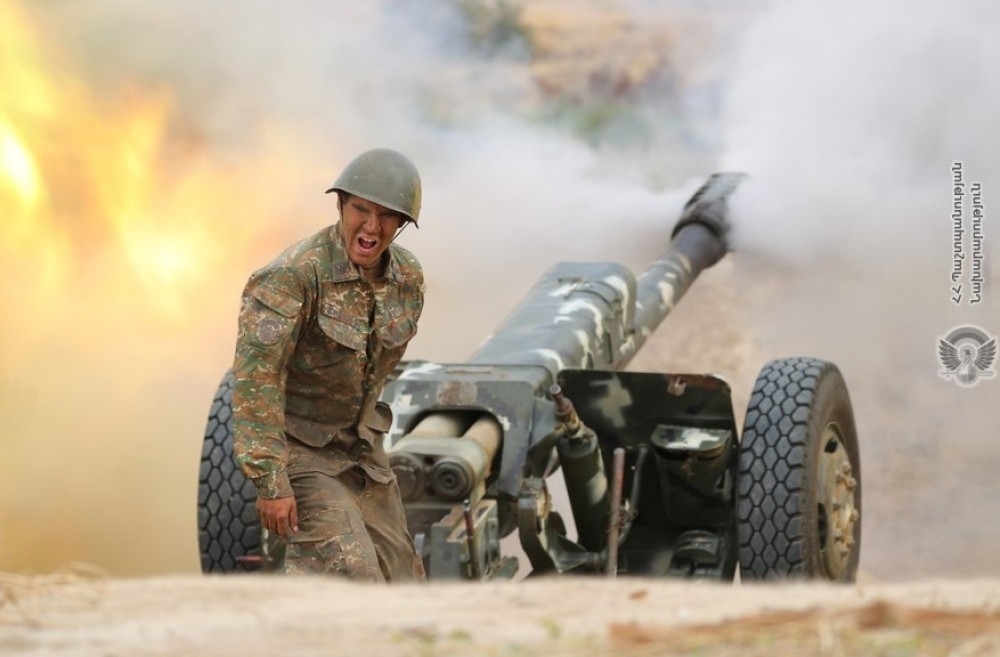 It is already the 23th day that Azerbaijan is trying to break through Artsakh Defense Army
and enter Artsakh and Armenia with the help of Turkish air force and military equipment, as
well as mercenaries hired and sent to Artsakh by Turkey, from Syria.
The borders of Artsakh have become a frontline for civilization. Artsakh is fighting alone against
international terrorism, which does not distinguish between the geopolitical borders of its targets.
Terrorists aim is to create a new lair in the region and to deport the Armenians from that region. This
terrorism equally threatens other countries. Artsakh, Armenia, and the Armenian nation are fighting
global war against terrorism and human rights.
The Azerbaijani army bomb urban settlements and civilian and humanitarian objects such as
hospitals, schools, buildings of municipality, and residential buildings.
After 100 years since the Armenian Genocide was committed by Turkey in 1915, Armenians are
fighting to prevent another possible Genocide, while the world is only looking on!
Despite recently signed humanitarian ceasefire agreement, the Azerbaijani armed forces are
undertaking attacks in the direction of Artsakh using armored vehicles and missiles.
The military political leaders Ilham Aliyev and Recep Tayyip Erdoğan bear full responsibility for
the consequences.
We call upon the international community, to turn its attention to these extremely worrying,
indeed criminal, developments. Without urgent and real preventive steps, the ongoing humanitarian
disaster will certainly lead to severe consequences for the region1and beyond.
Nobody should stay silent when innocent civilians, children, the elderly, as well as the cultural
heritage are being attacked, shot at, bombed and shelled, including targeting of foreign journalists whose
job is to tell expose the facts.
Progressive humanity must demand from their Government, Parliament, United Nations (UN),
Collective Security Treaty Organization (CSTO), Organization for Security and Co-operation in Europe
(OSCE), United Nations Educational, Scientific and Cultural Organization (UNESCO)

-to stop the war, the destruction of the civilian population,
-to stop bombing schools, hospitals and settlements,
-to ban on weapons sales to conflict zones, to stop supplying weapons to the aggressors
-to demand the withdrawal of mercenary terrorists from the region,
-application of sanctions on Azerbaijan and Turkey.
Progressive humanity, international organizations and intellectuals must condemn any violence in
all parts of the world.
Indifference is tantamount to being an accomplice.
From the civilized world we expect not only attention, but also action....