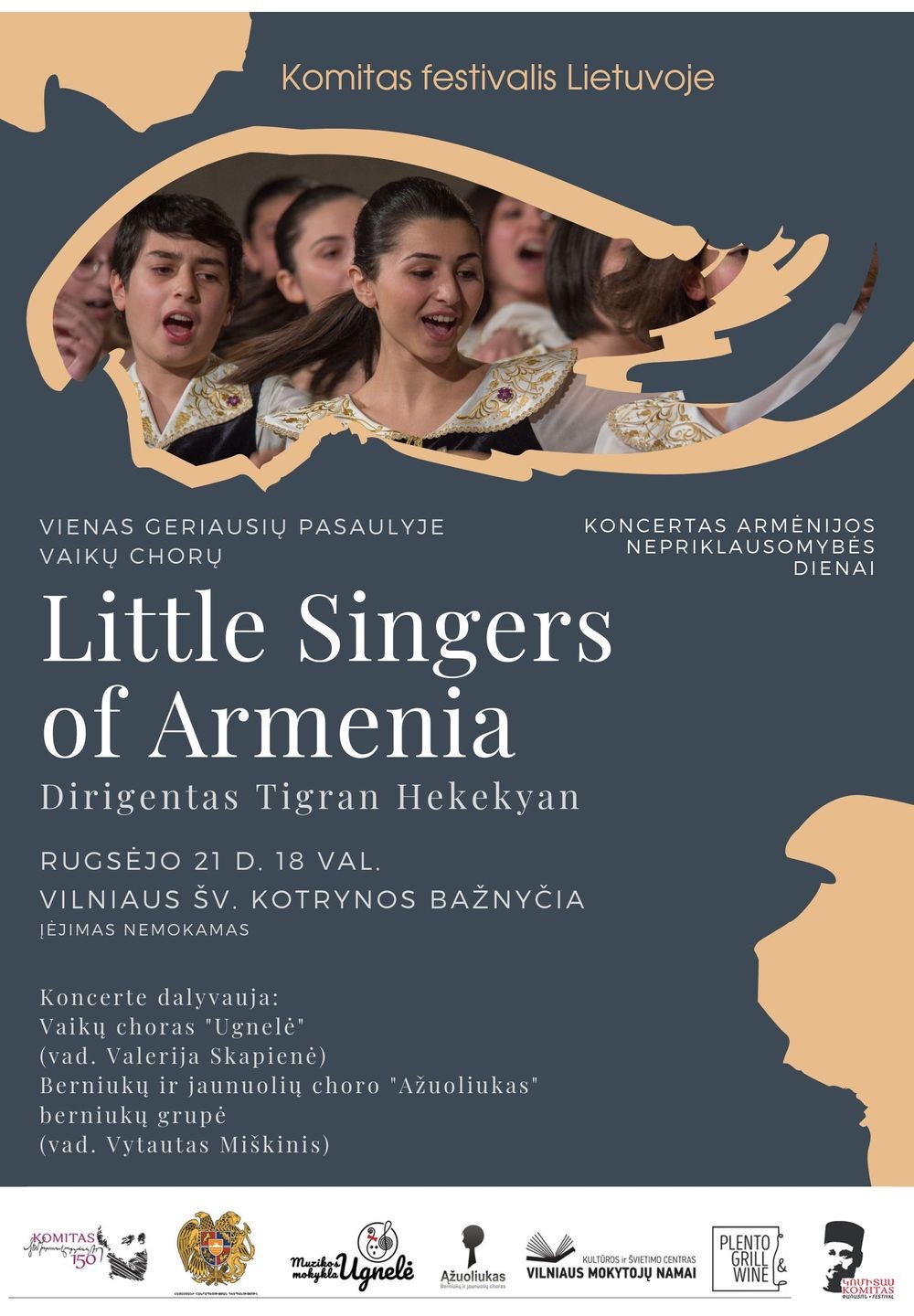 Within the framework of Komitas Festival, from September 19 to 25, the "Little Singers of Armenia" choir had a concert tour Lithuania. Concerts were dedicated to  the 150th anniversary of Komitas Vardapet.

The little ambassadors of  Armenian culture performed brilliantly in the 700-year-old castle on the island of Trakai in Lithuania, at St. Kaunas Church. Concert on September 21, on the occasion of the Independence Day of the Republic of Armenia was organized by the Embassy of the Armenia in Lithuania and Ugnele Children choir in St. Catherina churcհ. On the concert, Ambassador Extraordinary and Plenipotentiary of the Republic of Armenia to Lithuania delivered an opening speech. The opening of the concert was announced by the performance of the State Anthems of Lithuania and Armenia. Concert ends by the joint performance of "Erebuni-Yerevan" performed by the "Little Singers of Armenia", Lithuanian "Azolukas" and "Ugnele" choirs.
At the request of the ” Lithuanian Association of Conductors”, Tigran Hekekyan also conducted an interesting and instructive master class for conductors from Lithuania and the surrounding area. As the organizer of the event, Valerija Skapienė stated that usually 30-40 musicians apply for such events, but this time the number of applications has exceeded 100. 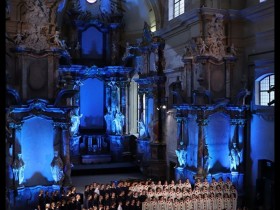 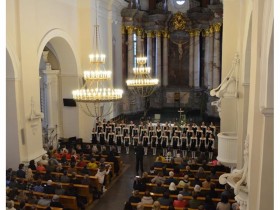 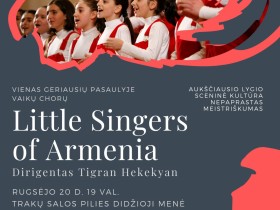 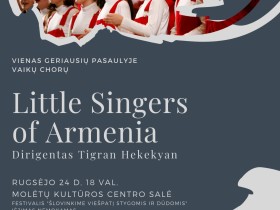 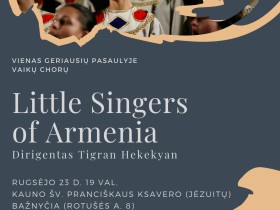