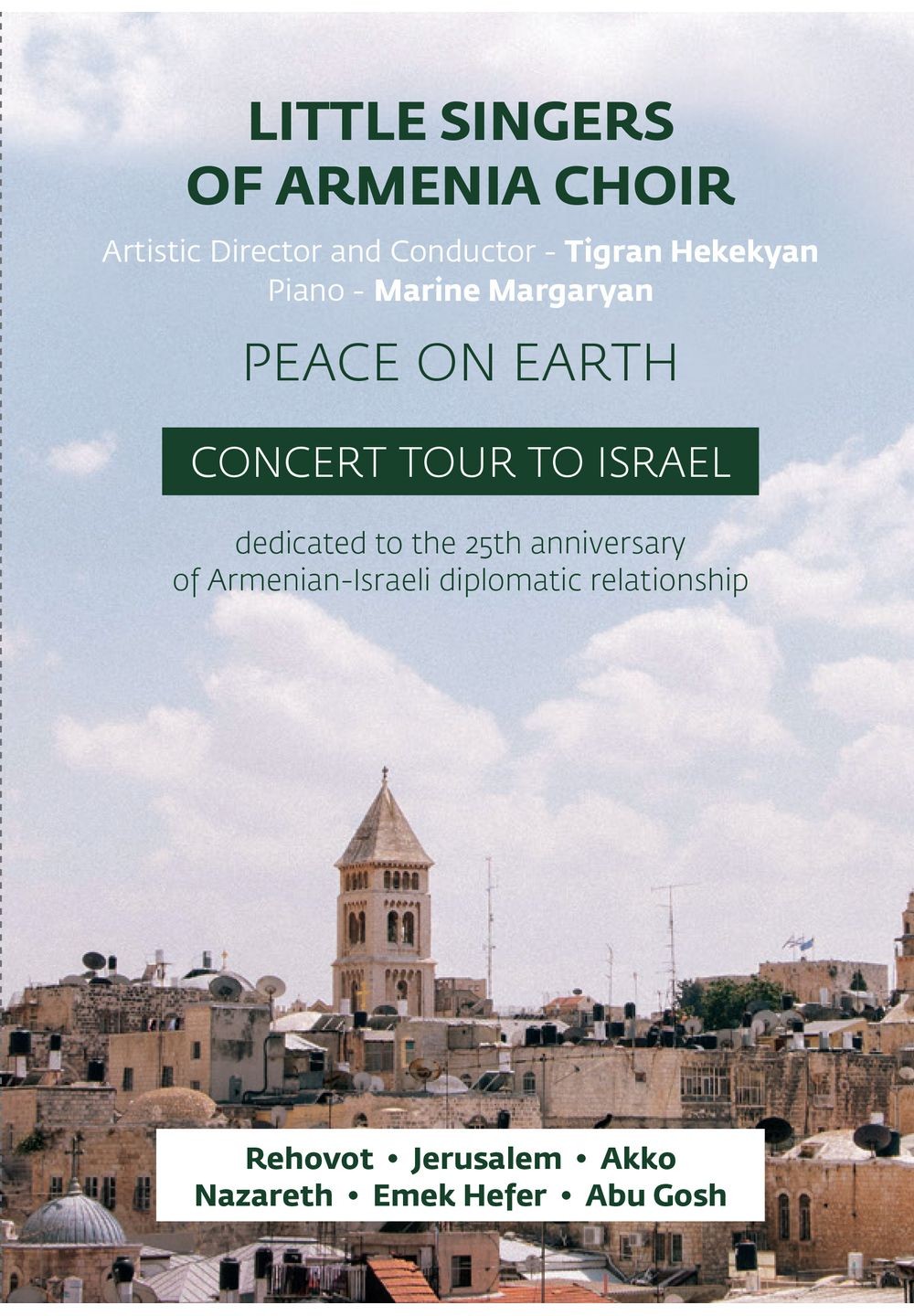 “The Little Singers of Armenia” choir directed by Tigran Hekekyan had a concert tour in 7 Israeli cities: Rehovoot, Jerusalem, Akko, Nazareth, Emek-Hefer and Abu-Gosh from October 5 to 14, 2017. The concert tour was dedicated to the 25th anniversary of Armenian-Israeli diplomatic relationship. The choir also got an invitation from organizers of “Abu-Gosh” choral festival to participate in the most popular “Abu-Gosh” choral festival (founder Hanna Tzur), as well as from Foreign Ministry of Israel and Israeli Choral Company.