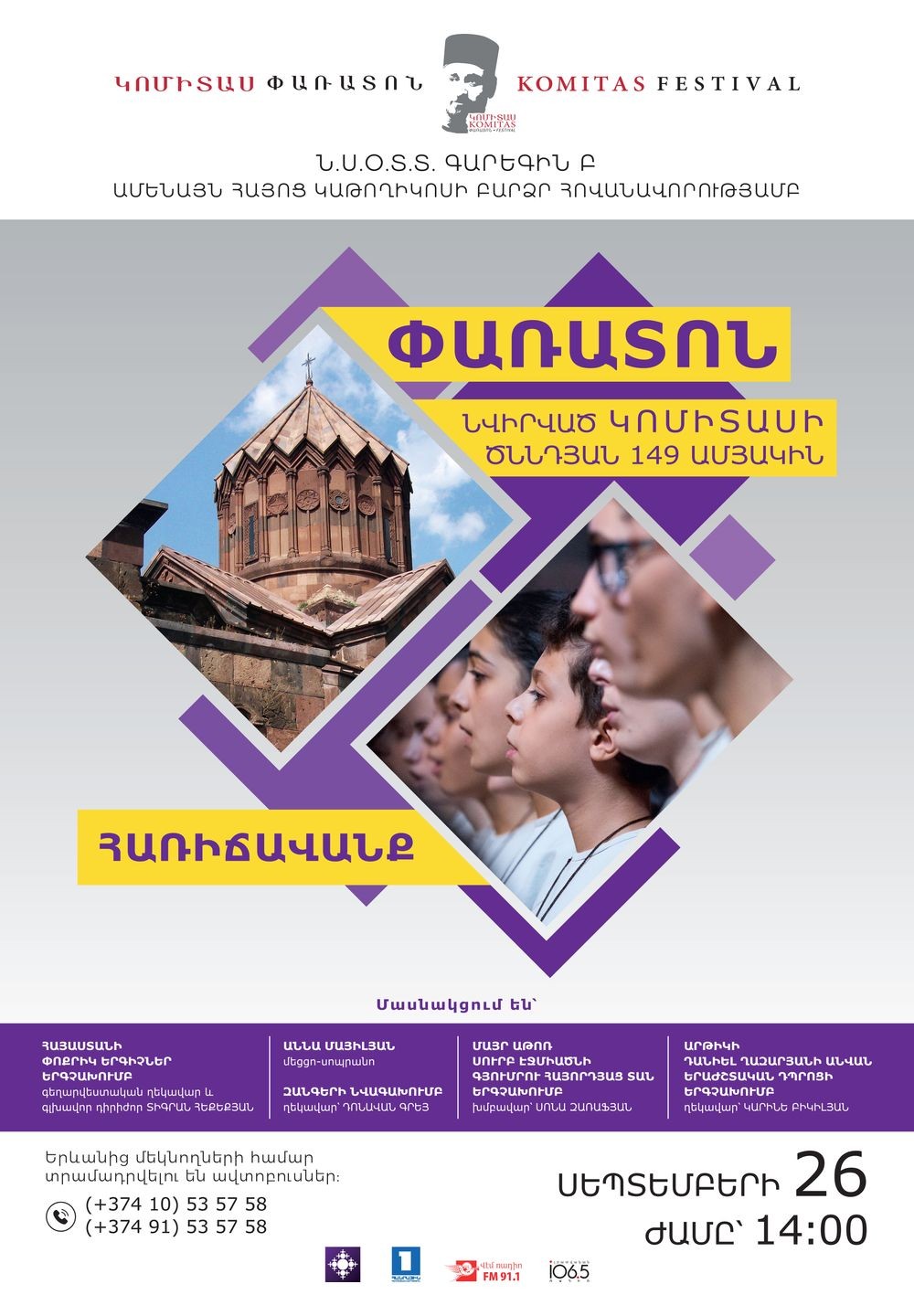 In 2017 with much persistent work and the help of the “Armenian Little Singers” International Association, the new “Komitas Festival” was founded. The festival planned to be an annual event, taking place on various dates during the year.

Komitas Festival includes various events that are regularly held under the high patronage and financial support of His Holiness Karekin II, Supreme Patriarch of and Catholicos of All Armenians.

The festival involves different genres of music and is held in different formats. It may be held not only in large and small towns, villages in Armenia, but also abroad.

The participants include various choirs, orchestras, ensembles, theatrical groups, reciters, painters and others whose works deal with the topic of Komitas, which will be organized within the framework of the festival.

The aim of the festival is to spread Komitas’s music, poetry, cultural heritage throughout the world, and to encourage cultural life in various regions of Armenia.

In the summer of 2018, Maîtrise des Hauts-de-Seine Choir, which is undoubtedly the most prominent choir in France, had concerts in the larger cities, such as Yerevan and Gyumri, performing in the 2000 year old temple of Garni, Harichavank (XIII century) and Geghard Monasteries (VII century).

In 2019, within the framework of Komitas Festival Little Singers of Armenia choir had concerts in world-renown concert halls such as the Gewandhaus  in Leipzig and also different cities of Lithuania (Vilnius, Kaunas, Trakai, Moletai),

In 2020 within the framework of Komitas Festival 3 well known choirs from Europe Hamburg Girls Choir (March 5-9), Ungele children choir from Vilnius (April 10-17) and Gewandhaus children choir from Leipzig (September 21-28) will have concert tour in Armenia .