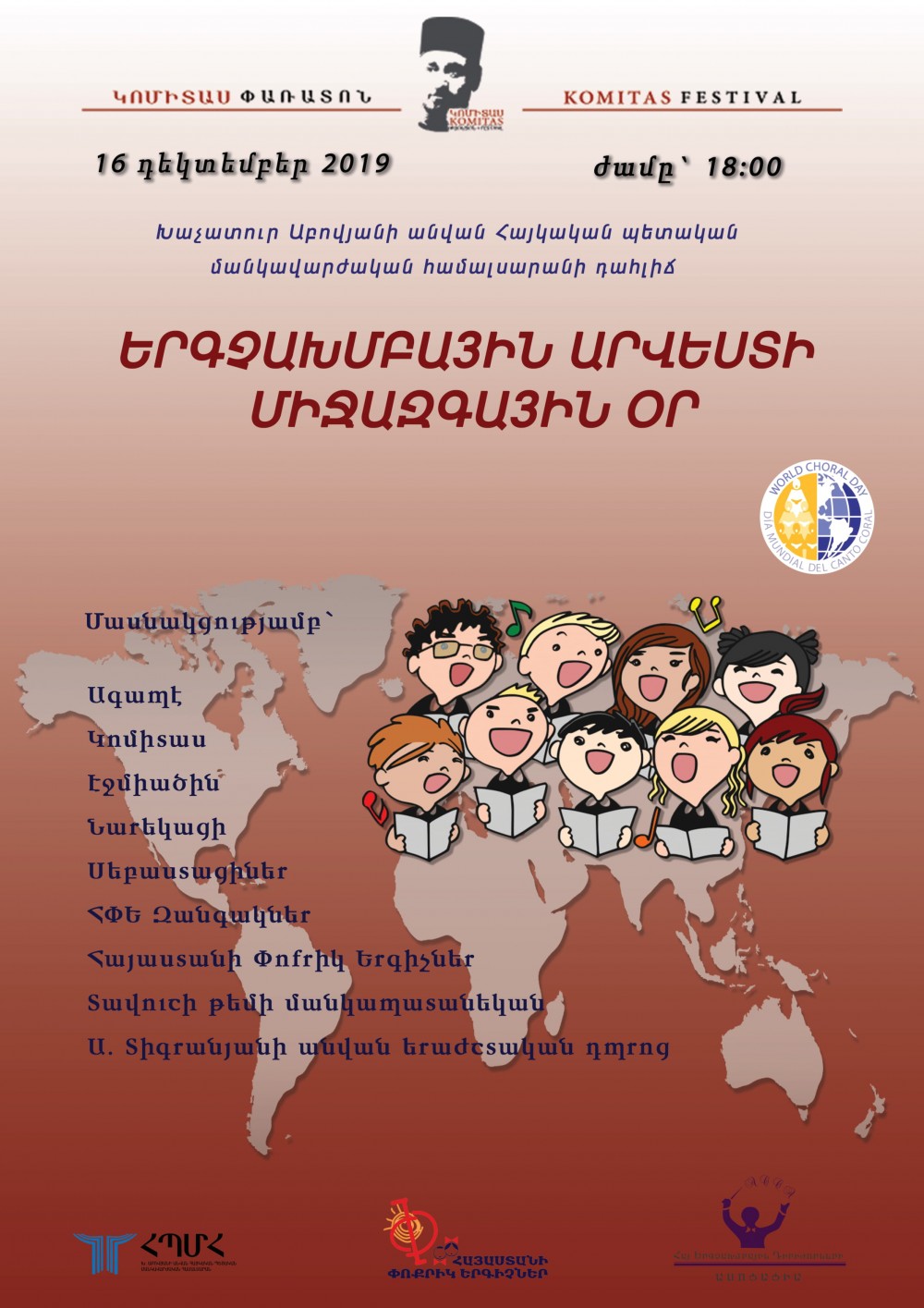 Choral art is impossible to imagine without Komitas.
Since 1990, every year, on December, IFCM takes initiative in the organisation of the festival “World Choral Day”. Nearly 100,000 choirs from all continents join in this celebration.
In 1994 Armenia, in the initiative with the Armenian Little Singers International Association joins this campaign. Years on, Armenian superior choirs performed for students of public schools at Aram Khachaturyan Great Concert Hall. Since 2018, the Armenian Little Singers International Association realizes this event together with Armenian Choral Conductors Association in assistance with Khachatur Abovian Armenian State Pedagogical University. Format has changes after amateur choirs from Yerevan, different cities and abroad began to participates in this festival.
This year, on December 16, 14 choirs from Ijevan, Echmiadzin and Yerevan participated. From Tatev, Sisian, Kapan, Charentsavan and Munich (Germany) choirs performed online. The celebration was dedicated to the 150th anniversary of Komitas, and the choirs performed exclusively Komitas's songs. The audience was greeted by the President of the Armenian Little Singers International Association, Tigran Hekekyan.
At the end of the concert, all choirs performed Komitas's song "Armenia" directed by Gayane Sahakyan.

With songs and wishes joined online from 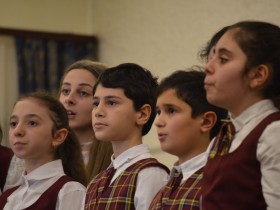 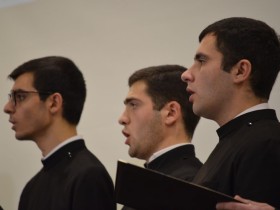 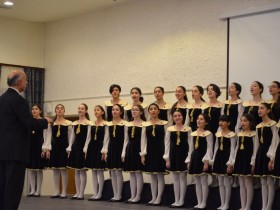 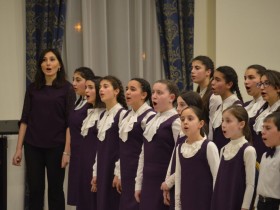