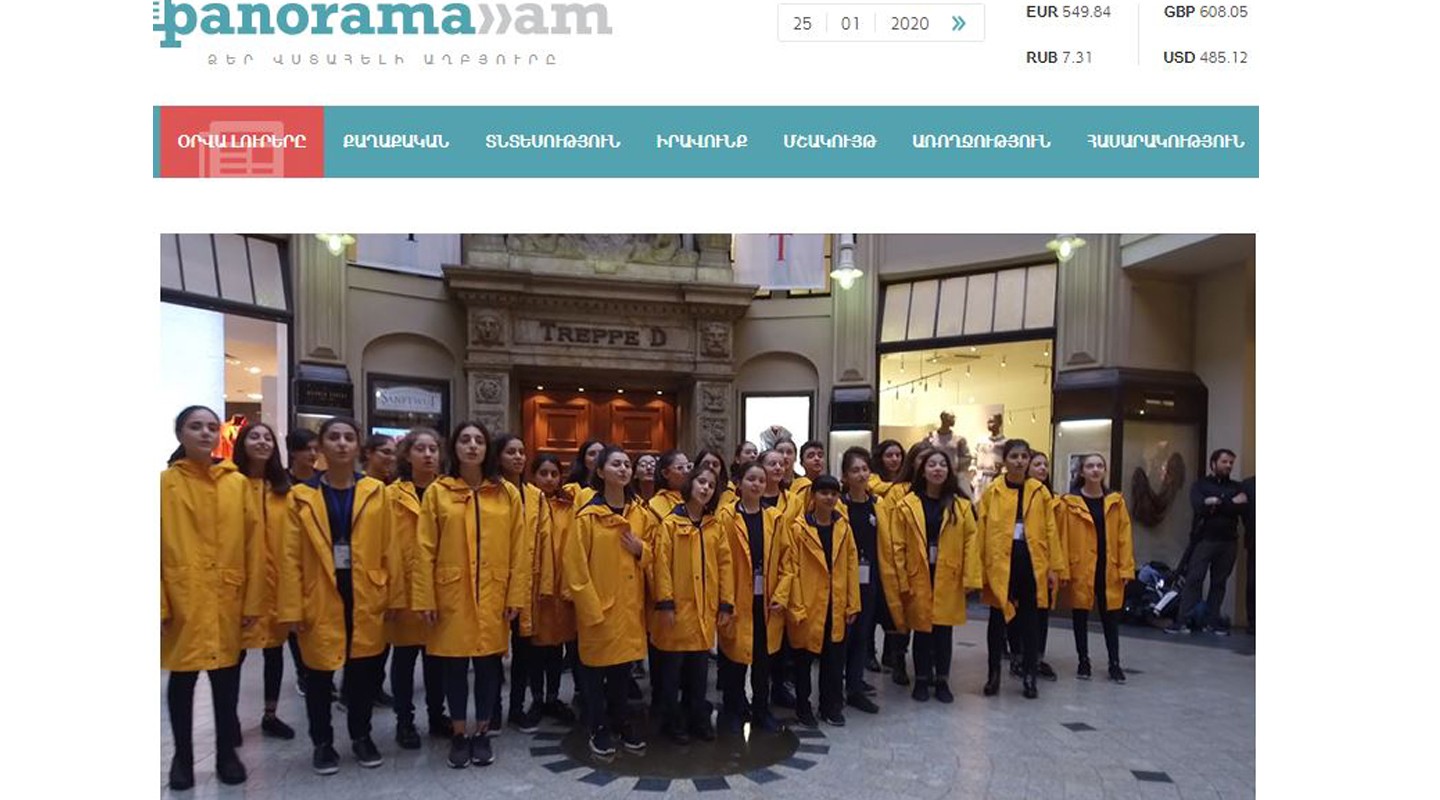 The Little Singers of Armenia choir held a unique flash mob in Leipzig, Germany. As the choir posted on its Facebook page, the flash mob was held at Mädler Passage trade center where the singers performed Armenian national songs.

Founded in 1992, Little Singers of Armenia is an internationally acclaimed children's chorus, laureate of international competitions, Cultural Ambassador by the European Federation of Choirs. The choir is actively performing in Armenia and abroad. It has participated in many international festivals, important governmental projects and charity concerts.