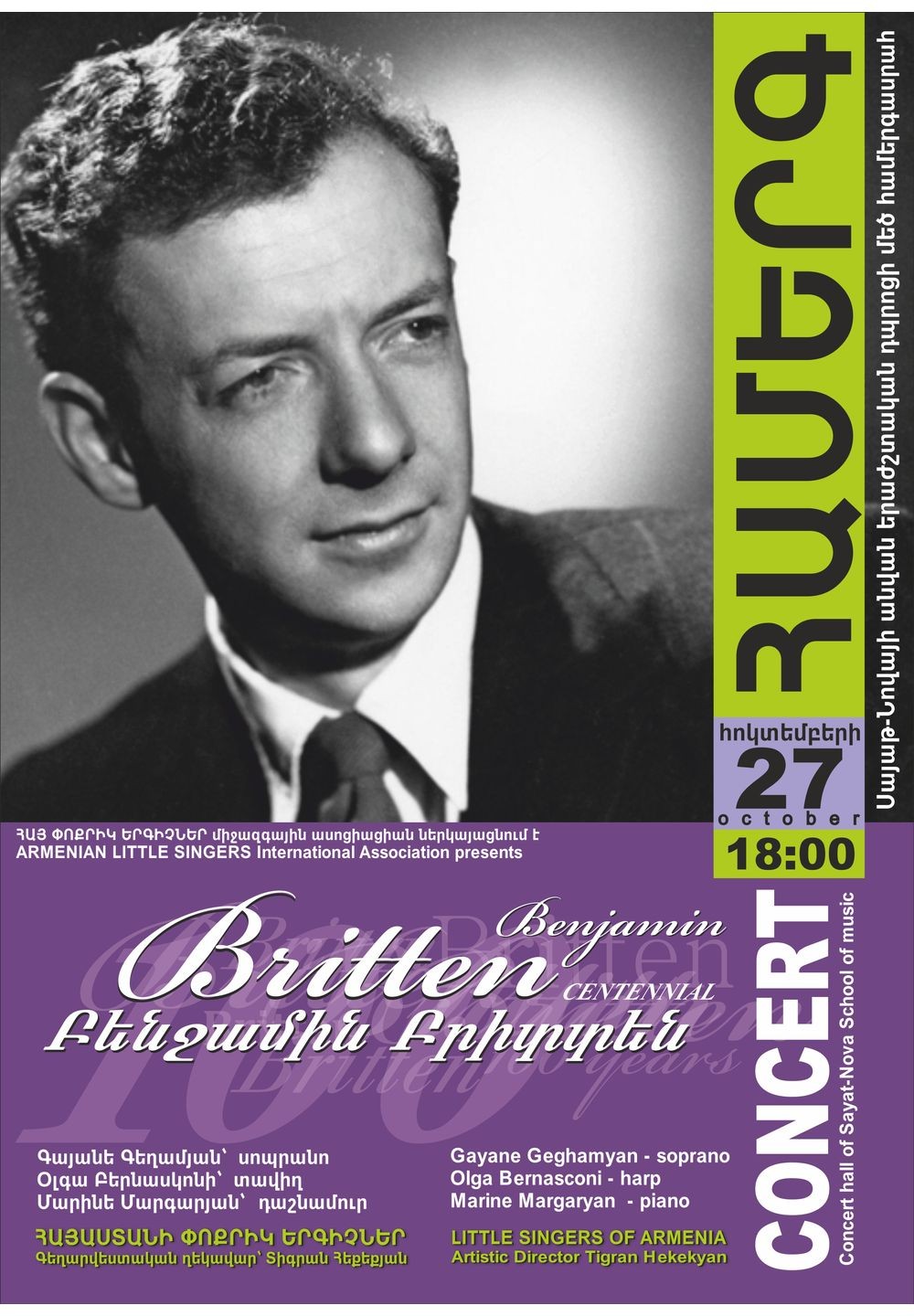 On October 27, 2013 a concert dedicated to the 100th anniversary of English composer Benjamin Britten was held. International lautreats, soloist Gayane Geghamyan, harpist Olga Bernasconi, singers Lusine Makaryan and Elen Yeghiazaryan, as well as the "Little Singers of Armenia" choir performed on the concert.

Two works by Benjamin Britten, written for vocal and harp, and the composition "The Ceremony of Carols", written for a children's choir and harp were performed on the first part of the concert.

On the second part of the concert works by Armenian and foreign composers were performed.