Japanese Songs Performed by the “Little Singers of Armenia” 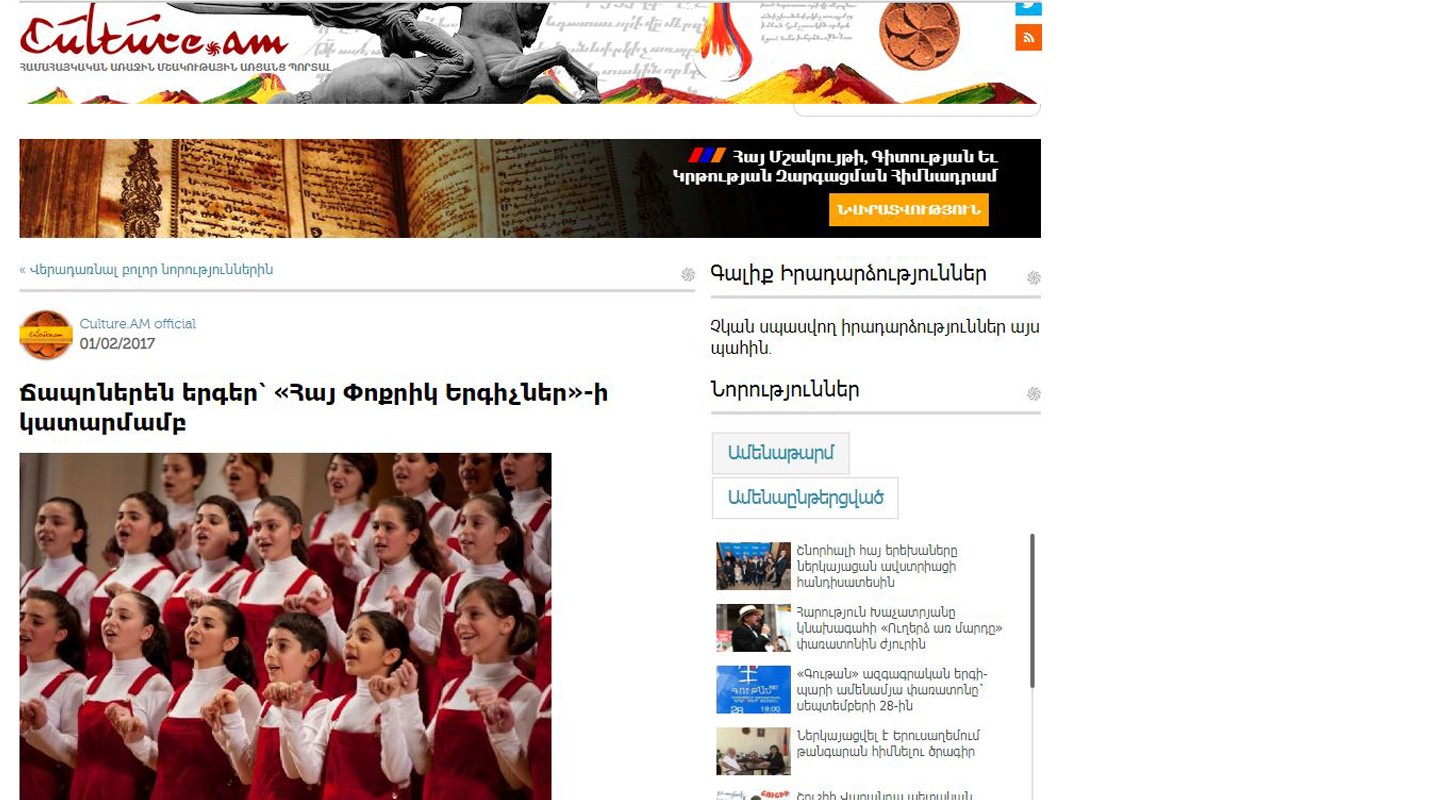 Within the frameworks of the cooperation with the famous Japanese organization “Victor Entertainment”, the “Little Singers of Armenia” will perform Japanese songs. It was mentioned during the talk with the journalists today by the president of the international association “Young Singers of Armenia” Tigran Hekekyan. According to the musician, in four days they should record 10 works.

“We have seen that program with their participation. We are very much impressed and want that children to sing Japanese songs”.

The Japanese side wants to make a CD with those songs and to spread it all over Japan.