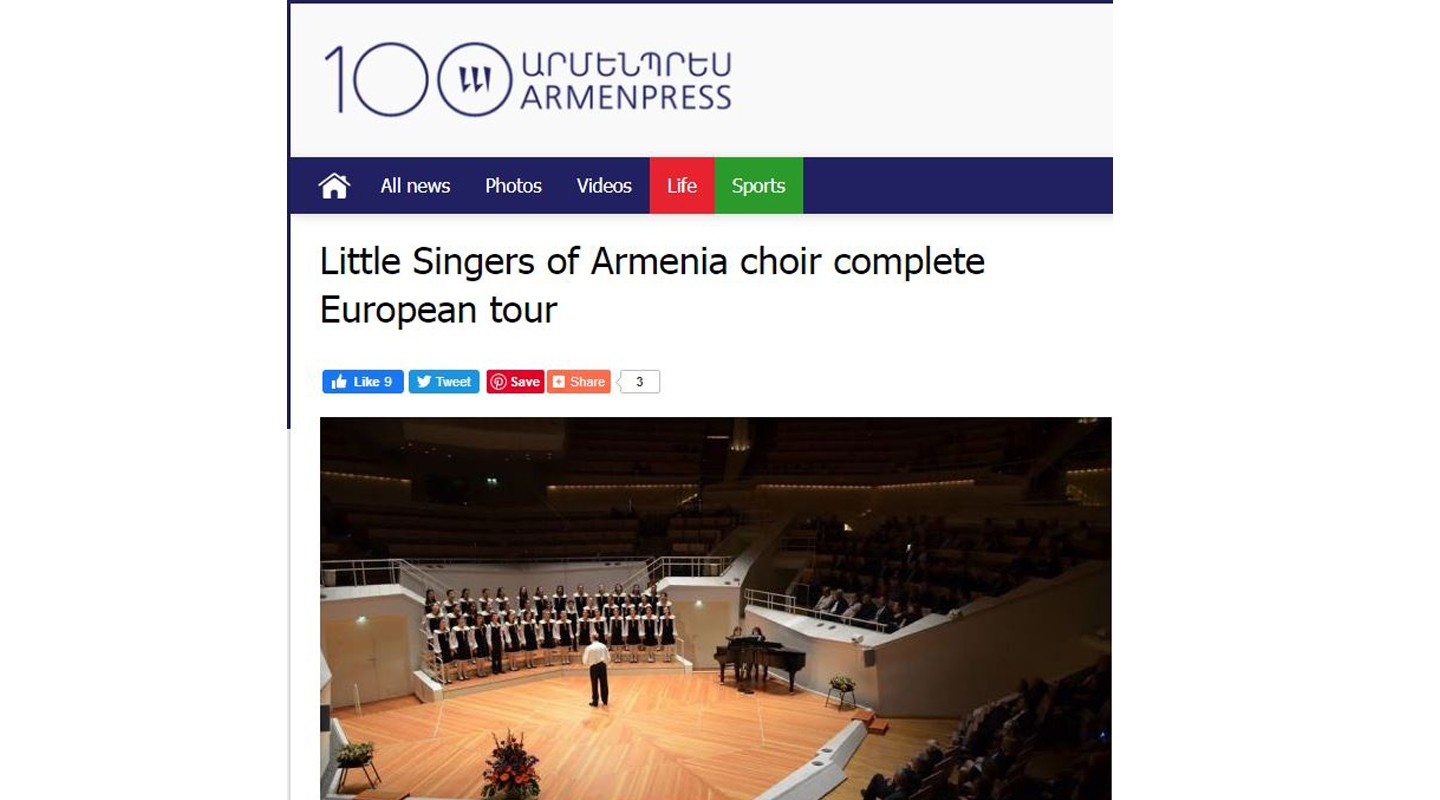 The concert tour of the Little Singers of Armenia choir (artistic director and conductor Tigran Hekekyan) in Denmark, Germany, the Netherlands and Belgium, under the motto “the Independence Generation”, dedicated to the 25th Anniversary of the Independence of the Republic of Armenia is completed.

The choir performed in 9 cities and had 9 concerts starting from Berlin Philharmonic Concert Hall to St. Michael and St. Gudula Cathedral (Brussels).

Many high ranking government officials, foreign diplomats, international delegations, artists and lovers of choir art were present at these concerts.

'Thank you for this wonderful concert. It was not just a melody. This evening you told us a long and a very important story about Armenia''. Peter Arendt (Conductor, organist)

'I have never heard such pure and beautiful performance. You made me cry for almost 50 minutes''. Martin Olesen (Director of the MidtVest Girls' Choir)

“Today’s concert proved that we really have message to the world both as missioners and representatives of various colours and centuries of Armenian music. I am so excited and impressed. You granted huge happiness in this far and northern country, in the centre of Europe, bringing with you warmth from Armenia. “